The War Party (GOP) Exposed - Whether At Home Or Abroad, The GOP Is Always Attacking People & Diverting Resources For War

I have been arguing for a while that the GOP is a party of war. Ron Paul has been arguing that basic concept much longer than me but I've made some modifications to his theories based on observation and research, such as the fact that the GOP is basically attacking everybody and not just trying to get the country to go to war.

GOP-Conservatives Seem To Like Only Two Options: War Or Austerity!


The GOP's recent budget makes one thing abundantly clear that the GOP is a party that seeks to harm people - in some cases using crazy non-facts (or old discredit facts) - to push an agenda which hurts people's lives in a real way both physically and mentally - both Americans and people abroad.

Lets take a look at the following article as a starting point;

What this Republican Budget says:

But if the practical effects are limited, why should people care? Because “a budget is a moral document; it talks about where your values are.”
This recent analysis from the Center on Budget and Policy Priorities struck a chord.

The budgets adopted on March 19 by the House Budget Committee and the Senate Budget Committee each cut more than $3 trillion over ten years (2016-2025) from programs that serve people of limited means. These deep reductions amount to 69 percent of the cuts to non-defense spending in both the House and Senate plans.
Each budget plan derives more than two-thirds of its non-defense budget cuts from programs for people with low or modest incomes even though these programs constitute less than one-quarter of federal program costs.

Right. If “a budget is a moral document” that reflects lawmakers’ “values,” the House Republican budget approved yesterday tells us, in frightening detail, that GOP morality is predicated on the assumption that low-income families have it too easy – and high-income families have it too tough.
It matters, of course, that Republicans had to rely on ridiculous budget tricks to give the appearance of responsibility. It also matters that they prioritized increased spending on the issue they care about (the military) over fiscal concerns they sometimes pretend to care about (the deficit).
But as the dust settles on yesterday’s floor drama, what remains are GOP “values” on full display. In 2015, Republican members of Congress believe in taking families’ health care benefits away. And scrapping Medicare altogether. And slashing food stamps. And making it harder for young people to go to college. And eliminating environmental safeguards. And freeing Wall Street of pesky oversight and layers of accountability.

Republicans are focusing ALL thier budget cuts on the less that quarter of the budget that helps people with limited means, i.e. the GOP is cutting help for people who need it. In other words, the GOP are engaged in class warfare;


The GOP are slashing food stamps (something even Nuns oppose as it's not Christian); 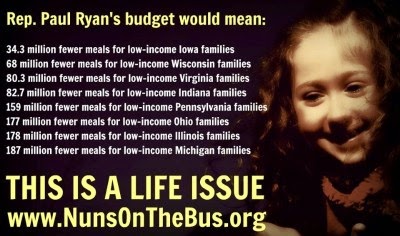 The GOP are slashing Medicare (something they would never do in an election year when old people are watching them PROVING that they lie during an elections year... give them power and they show what they are really made of);


The GOP are making efforts to reduce education opportunities (which also makes sense as reducing critical thinking has been a part of the Texan platform for a while, where the center of Republican power seems to be) - This fits the GOP's anti-science agenda which is necessary if your goal is war as people need to believe you blindly for meaningless wars to occur;


The GOP also wants to remove the oversight over Wall Street! IN other words, the lack of oversight through removing laws & regulations that protect people that LED TO THE 2008 FINANCIAL CRISIS TO BEGIN WITH is what the GOP wants to bring back. The even add laws to spending bills to enable another economic crash. The GOP's pro financial collapse credentials are literally perfect;

The Last Time The GOP Passed A SPENDING Bill... They CREATED AND INCLUDED A LAW That Could Destroy The Economy


The funny part is that all these cuts (the GOP is proposing citing thier faulty economics and fake budget hysteria) wouldn't even be necessary if the Republicans hadn't spent trillions of dollars on the Iraq & Afghanistan wars (which the media doesn't like to talk about).

Article: 10 Things The GOP Doesn't Want You To Know About The Debt

How did the GOP spend those trillions of dollars? By creating a section - through accounting tricks - that would allow unlimited funding for thier wars by calling it 'emergency funding'. Just like they did in the Bush Administration.

General: Introduction To The Class Warfare Being Waged by The GOP & Fox News On America OR "Actual elephants are more useful than the GOP"

So lets repeat that. The GOP - while saying they don't believe in deficit as 'deficits don't matter' - are creating provisions for unlimited war spending while cutting help (& in many cases, life saving help) for people in America who need it.

IN other words, the GOP has launched a two pronged war. One war is on, well, anyone they can attack outside of America and the other war is on the majority of US Citizens by higher taxes, high tax burden, less resources to succeed, stay healthy or even to eat. Even social security, which Paul Ryan was aided by, is being attacked. The hypocrisy is so thick you could cut it with a knife. 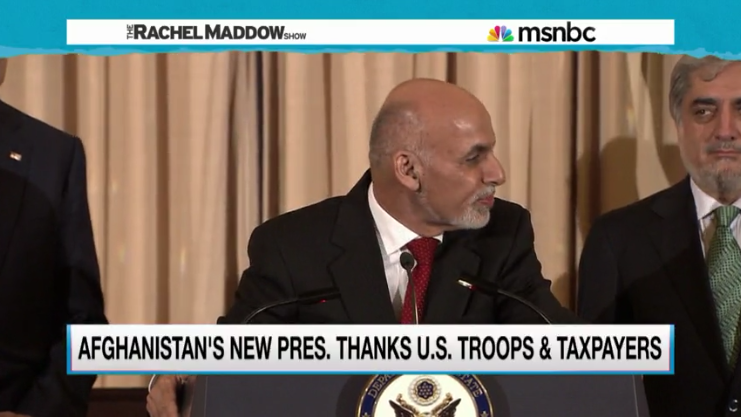 A war going in in Afghanistan that we rarely talk about that's in its 14th year and it seems like we may never leave. This is exactly in line with what Dick Cheney said about this region being like a quagmire. Interestingly enough, the GOP wants/wanted troops abroad forever. Rick Perry even tried to push it in 2012 when there was no stomach for it. Apparently the marketing they have done since then has increased American viewers appetite for war. All we need now is a draft to get people thinking clearly.

In any case, the GOP is preparing for war, again; 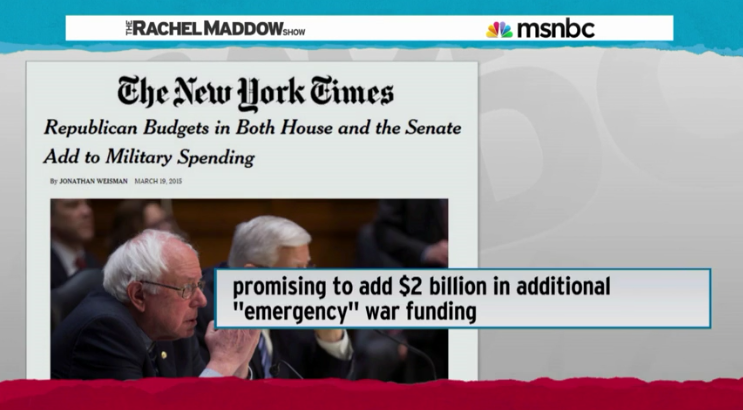 Some interesting articles that make a good point (that the GOP is pro war at the cost of everything else);

For Boehner, leading and waging war are now linked
House Speaker John Boehner (R-Ohio) has never shown a deep interest in foreign policy, but his comments this morning at his weekly news briefing were more unsettling than most.

Speaker John A. Boehner dismissed Barack Obama Thursday as an “anti-war president” unwilling to lead an international coalition against the Islamic State terror group, also known as ISIS or ISIL; al-Qaida and other terrorist organizations.
“The world is starving for American leadership, but America has an anti-war president…. If America leads, our allies would be tickled to death and be happy to join our coalition.”


Boehner Error #1: In the Speaker’s mind, people are around the world are “starving for American leadership,” but they’re not getting it because, from Boehner’s perspective, President Obama is “anti-war.” In other words, according to the nation’s top Republican lawmaker, to lead is to wage war, and to wage war is to show leadership. One is necessarily tied to the other – except in reality, where this idea is ridiculous.

Boehner Error #2: Boehner is also under the impression that our allies would work in coalition with the United States if only Obama would lead. But as those who follow current events probably know, this is already happening – Obama assembled a coalition to target ISIS targets in the Middle East; Obama assembled a coalition to negotiate an agreement to curtail Iran’s nuclear ambitions; Obama is working with U.S. allies to combat the climate crisis; and on and on.

Boehner Error #3: The Speaker is convinced “America has an anti-war president.” I’d love to know more about how Boehner defines “anti-war,” because in our version of reality, Obama has launched military offensives in Iraq; waged war in Afghanistan; used force in Libya; launched another offensive in Syria; used drones to target suspected terrorists in Pakistan (in addition to ordering the strike on Osama bin Laden); and deployed forces in Somalia and Yemen.

Proponents are cautiously optimistic about the package passing the House tomorrow, but it’s not yet a done deal. Many on the right aren’t happy about the financing – most of the plan isn’t paid for – and many on the left aren’t happy about what are effectively Medicare cuts. There’s also some concern in the Senate over abortion restrictions, though the White House’s support for the agreement may help move some Democratic votes in the upper chamber.


As the Center on Budget and Policy Priorities explained, the House Republican budget plan “adds about $39 billion in 2016 beyond what the Pentagon says it needs for overseas military operations, with the implication that the Pentagon will channel those excess dollars into the regular defense budget…. The plan also adds money for defense above the sequestration levels for the years after 2016.  Over the decade, it provides nearly $400 billion in additional defense funding even as it slashes funding for non-defense discretionary programs to record lows.”
The funny part is, congressional Republicans, quite recently, denounced the very trick they’re now using.

Indeed, just last year, the GOP-led House Budget Committee called the gimmick “a backdoor loophole that undermines the integrity of the budget process.”

Email ThisBlogThis!Share to TwitterShare to FacebookShare to Pinterest
Labels: GOP, GOP is always making war om people in some way, The War Party