This post just focuses on that aspect of this video that deals with the Bush Dynasty that is a dynasty in the truest send of the word;

The Bush family has been on a winning Republican tickets (& other tickets) SINCE 1980!!! 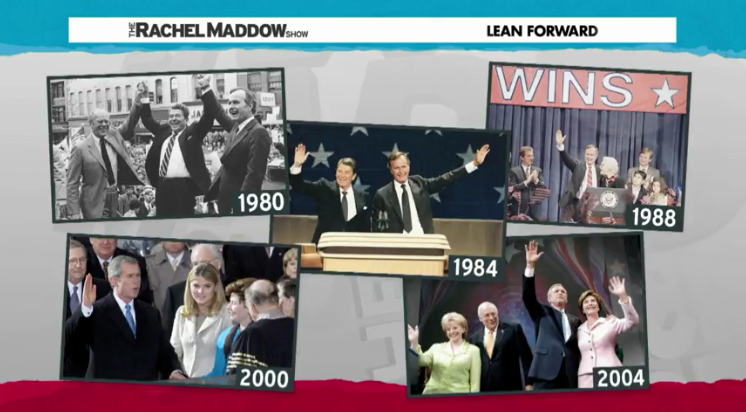 If there was any doubt that the GOP is most like a communist party or a kingship, passing on it's leadership mantle from one establishment leader to another, it should be over now.

On top of that the leadership takes loyalty oaths and do suppression and media cover-ups of anyone they don't like PROVING they are not democratic in any sense of the word. This is where you have to realize that the GOP is essentially a dictatorship structured like an Oligarchy (or Plutarchy) but with leaders designed to carry on a party platform that has evolved along the same direction since Reagan... always pursuing the same polices despite their continuously proven disastrous results. Makes my theory that the GOP is INTENTIONALLY destroying America, more and more credible.

Jeb Bush has the same team running with him that didn't respond to the warning that Osama Bin Laden was going to attack... the same group that led misled this nation into the Iraq War for an oil profit (which is about as far as the mainstream media goes into the GOP's war like psychology) 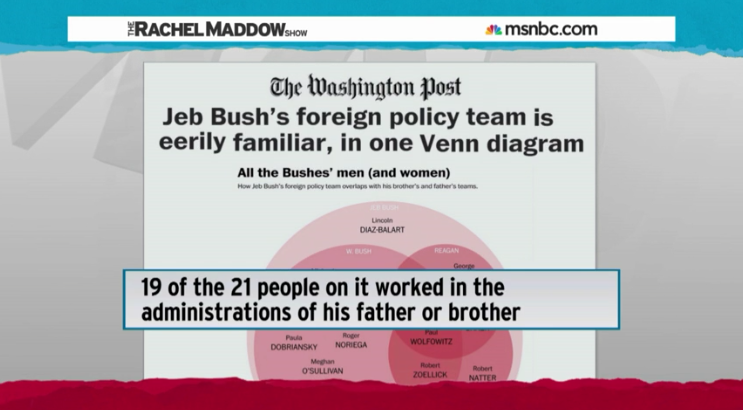 A dynasty of tyrannical Presidents. Sad but true; 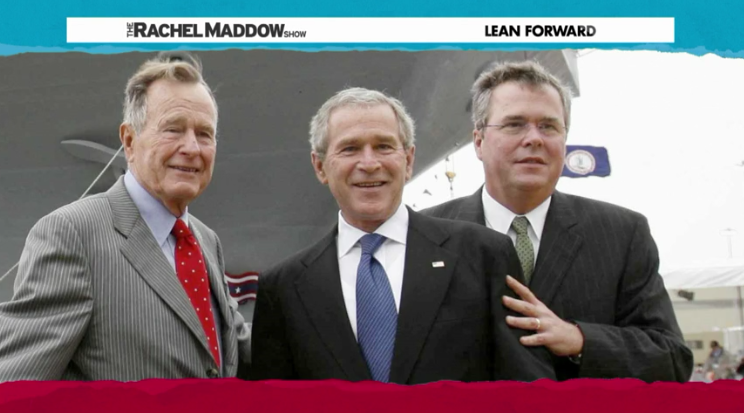 Prediction: We are about to witness the most intense lying campaign in the history of modern media, now that Fox News has to get Bush's final approval rating up to 50%; 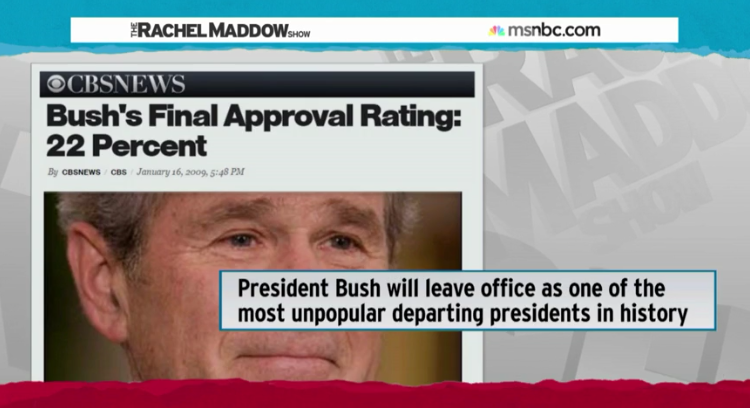 Washington Post: People say they are tired of the Bushes and Clintons. They’re not really.
Conventional wisdom goes like this: Americans are sick of dynastic politics. And, that fact means that Jeb BUSH and Hillary CLINTON are going to face a series of challenges because of their last names that wouldn't be a problem if it was Jeb Jones and Hillary Smith running for office.
To which I say: Not really.
Yes, it's easy to conclude that the broad disdain the public expresses toward dynasties is a major hurdle for both Jeb and Hillary. But, to my mind, people saying that political dynasties aren't a good thing for the country is kind of like people saying they think there's too much money in politics. Sure. But is it something that impacts actual votes?  In both cases I would say no.
Look at recent numbers from an NBC-Wall Street Journal national poll.  When asked whether they would be more or less favorable to a candidate who didn't have the last name "Bush" or "Clinton", a majority -- 51 percent said it would make no difference.  One in five (22 percent) said it would make them much more favorable toward a candidate while 17 percent said it would make them somewhat more favorable.
What I would have loved is a follow-up question that went something like this: Regardless of whether you feel more or less favorable toward a candidate not named "Bush" or "Clinton" does a candidate's last name matter to how you will vote?  My guess -- an educated one -- is that less than 39 percent of people would have said it matters. And, even among those who said it mattered, most of them when they go to vote won't have the idea of rejecting American political dynasties on their minds.  They might not love the idea of another Bush or a Clinton but they just won't, ultimately, vote on it.
And, even if you accept the idea that there is some percentage of people who won't vote for a Bush or a Clinton because they are a Bush or Clinton, the advantages of having a famous last name far outweighs the negatives.
First, your name is universally known (or close to it) before you run one campaign commercial or appear at one event. While not every percentage point of that name identification is to the good, the millions (and millions) it costs a candidate -- like, say, Scott Walker or Marco Rubio -- to simply get as known as Bush will be on the first day of his candidacy is significant. Ditto Clinton on the Democratic side. One of the less-told stories of the lack of a Democratic primary challenger against her is that the financial lift of getting known enough to have a chance of beating Clinton is massive and not doable for anyone currently in the field.

The answer to this is simple. If the media does it's job the fact that Jeb Bush is George Bush's brother and Dick Cheney's ally would be enough. Without knowledge people will basically be choosing between a dynastical family (Bushs) vs. the wife of an ex-President (calling Hillary Clinton part of a "dynasty" is just bad & inept reporting... it's like calling a lobster a shrimp... yes, they are both from the sea but the difference is marked).

Email ThisBlogThis!Share to TwitterShare to FacebookShare to Pinterest
Labels: Bush Dynasty, Jeb Bus, Rachel Maddow, The GOP are most like communists