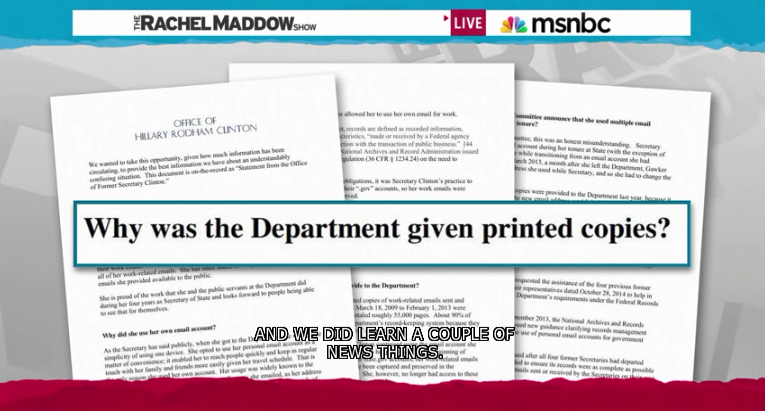 Answer: Turns out the department is so outdated THEY ONLY TAKE PRINTED COPIES!

AP is suing the State Department for access to the data Hillary turned over; 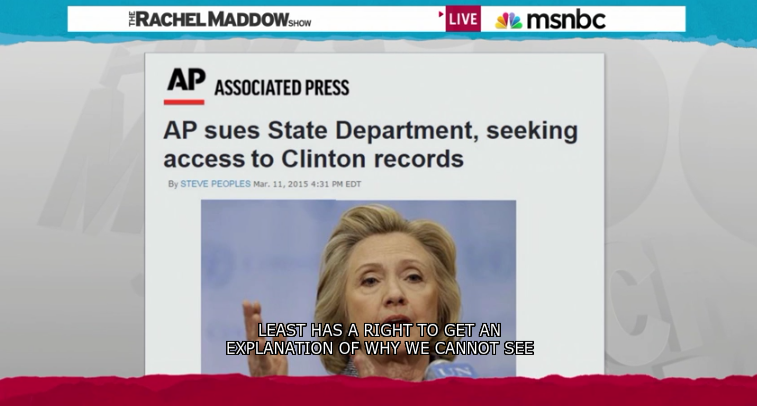 Press uproar is not a new thing for Hillary Clinton;

Press frenzy over e-mails met by uniquely prepared Hillary Clinton - Andrea Mitchell, NBC News chief foreign affairs correspondent, talks with Rachel Maddow about Hillary Clinton's handling of questions about her e-mail, and the lessons Clinton has learned from earning a unique position in U.S. politics and on the world.