Warmer oceans means more water vapor. More water vapor means more rain in summer and more snow in winter. Recent snowstorms on the North Eastern coast is an example of the kind of weather that will become more common on the coasts. 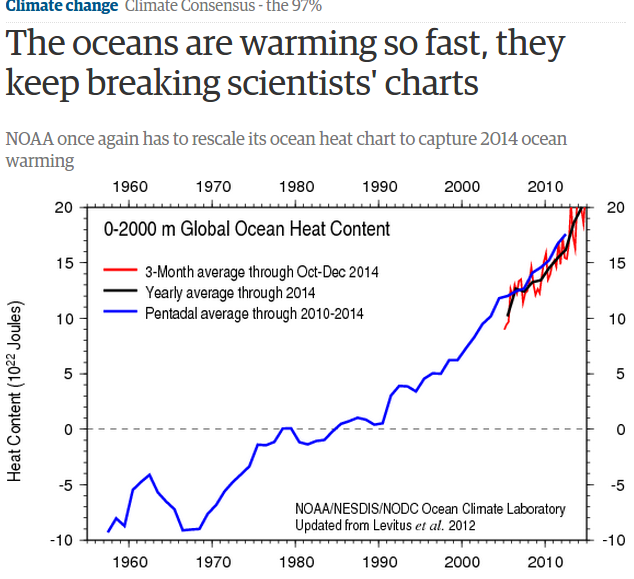 And just recently, perhaps the most important bit of information came out about 2014 – how much the Earth actually warmed. What we find is that the warming is so great, NOAA literally has to remake its graphs. Let me explain this a bit.
We tend to focus on the global temperature average which is the average of air temperatures near the ground (or at the sea surface). This past year, global air temperatures were record-breaking. But that isn’t the same as global warming. Global warming is properly viewed as the amount of heat contained within the Earth’s energy system. So, air temperatures may go up and down on any given year as energy moves to or from the air (primarily from the ocean). What we really want to know is, did the Earth’s energy go up or down?
We can now say that the 2014 Earth had more heat (thermal energy) than any year ever recorded by humans. We can also say that the folks at NOAA will likely have to rescale their graph to capture the new numbers.
So when we look back on 2014 and the records that fell, it gives us some pause about the so-called pause (hat-tip to Dr. Greg Laden for that phrase). Some people tried to tell us global warming had “paused”, that it ended in 1998, or that the past 15 years or so had not seen a change in the energy of the Earth. This ocean warming data is the clearest nail in that coffin. There never was a pause to global warming, there never was a halt, and the folks that tried to tell you there was were, well, I’ll let you decide. For me, the facts speak for themselves

Let me put this another way, the movie, "The Day After Tomorrow" takes this very same concept of ocean warming and it's effects... and exaggerates it for the big screen:

The Day After Tomorrow Official Trailer

What floods would look like to the person in it ("Climate Change Hoax" is the GOP's Next Katrina);

Science in the movie: 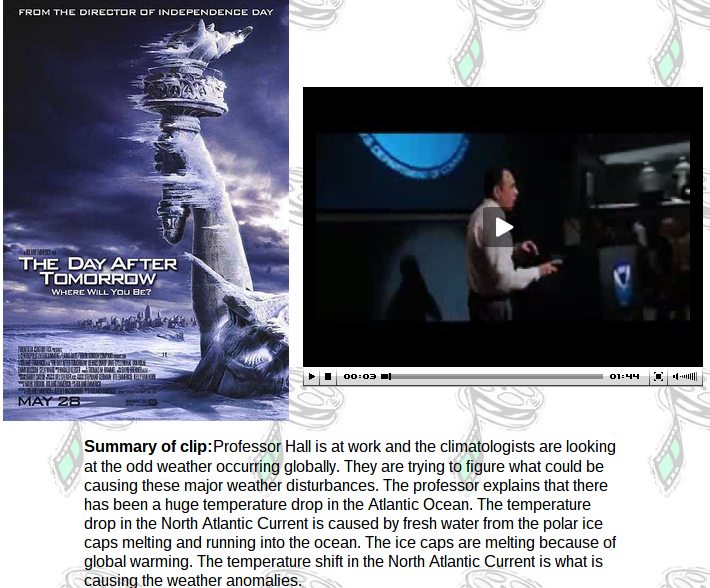 Another Explanation: Global Warming is increasing moisture in Earth's atmosphere driving Mother of all Feedback Loops


Moment Of Zen On The Current Media Debate