Nightly show goes over the craziness of Ferguson followed by a couple of news reports for those who believe this sort of comedy is not using facts.


TONIGHTLY - 3/5/15 - A Department of Justice investigation puts the Ferguson, MO, police department back in the national spotlight. (0:37)

FERGUSON POLICE BIAS- A scathing report from the Department of Justice sheds light on systemic racism in the Ferguson, MO, police department. (7:47) 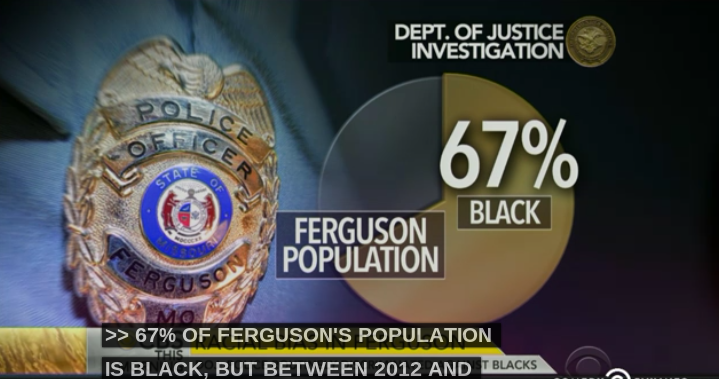 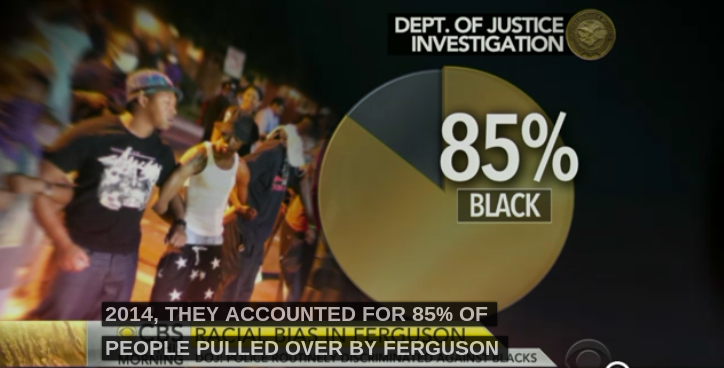 FERGUSON POLICE BIAS - WE CAN'T BELIEVE THIS S**T SO WE HAVE TO ACT IT OUT- Mike Yard and Shenaz Treasury dramatize some of the ugly revelations from the Justice Department's report on the Ferguson, MO, police department. (5:04)

PANEL - FERGUSON POLICE REPORT- Sunny Hostin, Phillip Agnew, Michael Skolnik and Godfrey talk about the ramifications of the Department of Justice's report on racism in the Ferguson police department. (6:34)

GOODNIGHTLY - #KEEPIT100 - HOW TO BE BLACK WITH POLICE- A Twitter user asks Larry if he's talked to his kids about the safest way to behave around police. (1:09)

PANEL - NICE COP STORIES- Sunny Hostin, Phillip Agnew and Godfrey share personal anecdotes about ways that police officers have had a positive impact on their lives. (2:53)


'Direct evidence of racial bias' - After a scathing report from the Department of Justice, Chris Hayes asks what's next for the Ferguson Police Department.Duration: 14:11 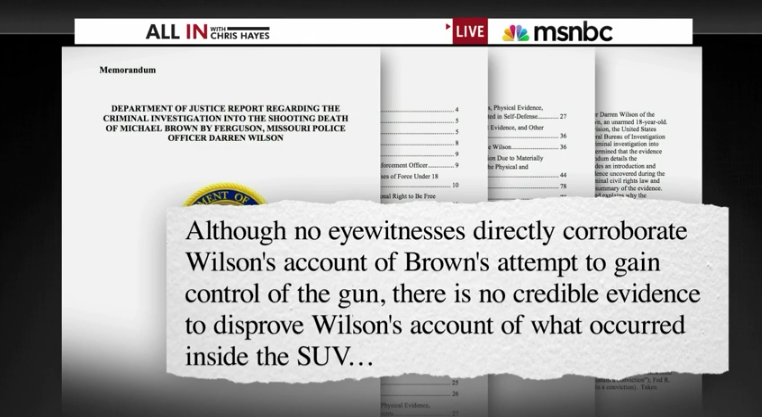 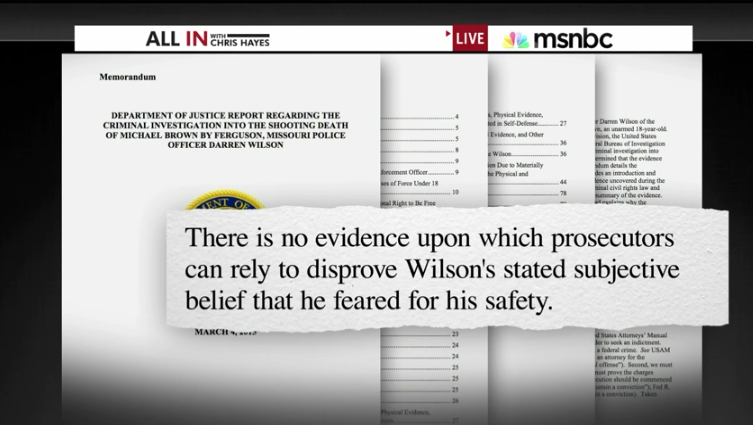 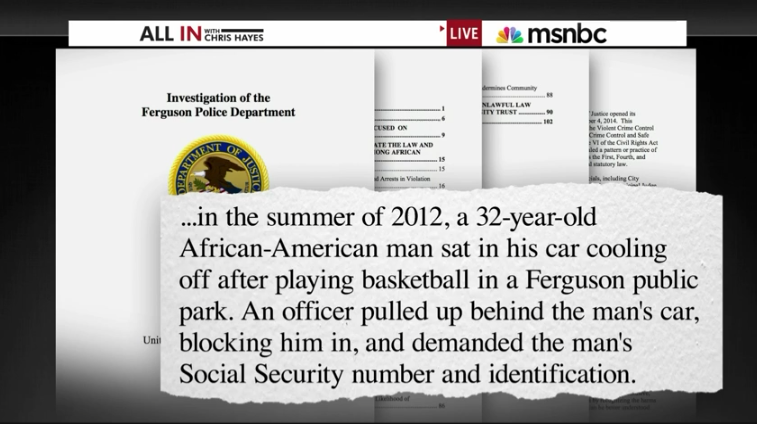 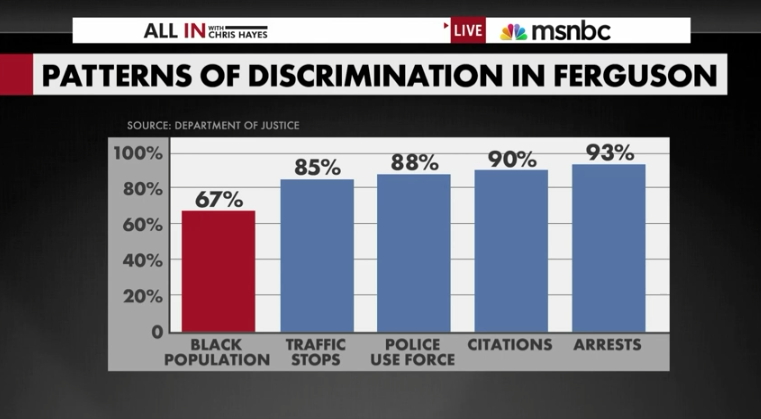 DOJ: Ferguson police acted with racial bias - The Justice Department has released a blistering report on the Ferguson Police Department, citing a pattern of racial bias and excessive force. Rev. Sharpton talks to Patricia Bynes and Kendall Coffey for more.