This is an overview of the fake economics John Stossel sells on Fox Business (sister channel to Fox News).

John Stossel = "I think it will take visible riots to help people focus on this thing" (i.e. he is lying to his followers about our budget/debt problem and encouraging them to riot fulfilling one of the basic purposes of the GOP which is to sow discord in it's enemy, the American People)

The example he uses is of Greece whose debt problem is so much worse than ours that it's not even in the same category.
Here is an example of gross inefficiency from Greece (money wasted into unfulfilled projects):In the southern suburbs of Athens, the abandoned terminal building at the city's old international airport stands as a symbol of promises unfulfilled.

Closed down a decade ago, the site includes 170 acres of prime coastal land on the shores of the Aegean sea and for some time there have been ambitious plans to sell it for redevelopment to the Gulf state of Qatar.

But so far they are just that - plans. And that makes the rest of the eurozone jumpy.

US debt is much less than Greece and Obama has added less percentage of debt than Bush did (it took some debt to get us out of the mess the GOP's "economic" policies left us in as well as winding down the unpaid & unfinanced Bush wars not to mention Bush's unpaid prescription plan... was Bush intentionally trying to break the economy?) 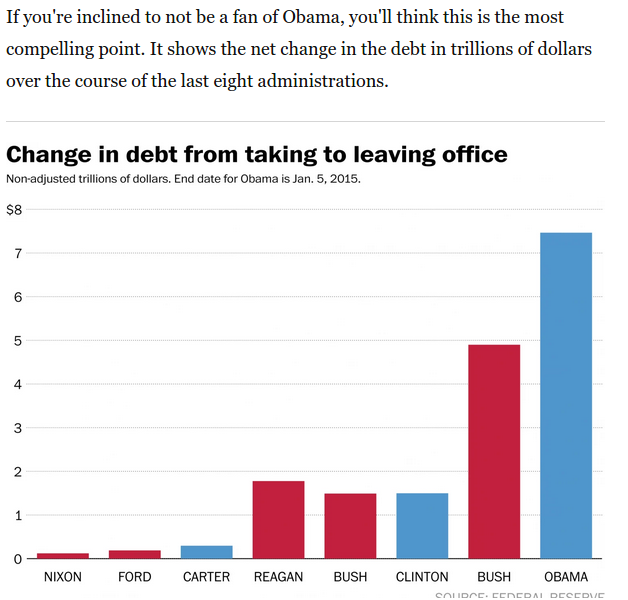 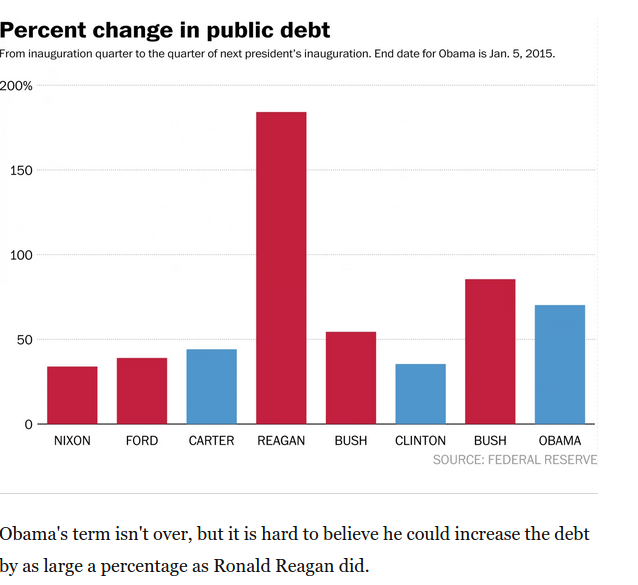 IN any case, the debt problem isn't what we are being led to believe it is from the right. The whole argument on the right arose from false mathematics in a bad economic study. Unfortunately, the right no longer cares about science of math (a branch of science), now they scream about the debt, without knowing or seeking to know anything, as just a matter of "principle".
News Report: Is the evidence for austerity based on an Excel spreadsheet error?

Revenue + Expenditure = A State ... the example of Kansas;

John Boehner reveals the Republican plan to destroy government and create a super-race of right-wing Titans. (3:01):


The Daily Show
Get More: Daily Show Full Episodes,The Daily Show on Facebook,Daily Show Video Archive
Note: Left out unfunded Bush wars + the huge reduction in taxes for the rich which is the single largest contributor towards the debt i.e. if you don't remove the causes of a problem the problem will persist. Bush admits to this below.
Reminder: Republican rule put the country on the brink on economic collapse (remember 2008-09?). Even George Bush said that he didn't understand that his ideological position of no taxes etc. turned out to be bad for the economy (hehe)
Past GOP hypocrisy on this issue showing a pattern of behavior:

Miscellaneous article: 10 Things the GOP Doesn't Want You to Know About the Debt
Related Posts:

{Debt Ceiling History Example} The GOP's/FoxNews's Primary Goal Is To Do Anything To Win Elections INCLUDING Destroying The Economy If Necessary!