Reading these talking points really pisses me off. It's also getting really hard for me to watch Fox News lies without getting angry. I think I'm gonna just stop for now. Bill begins his deceptions using the word "attempting" which suggests two things 1. She is guilty of something conspiratorial & 2. She can't get out of it using the facts or a side by side comparison with the Golden Age of the Bush Administration. In other words, Bill's strategy is guilty before proven innocent no matter what lie he has to tell to get it there (fortunately he can't use this argument for himself as he is a proven liar, as this blog amply proves).


In other words, it's outright hypocrisy to talk about only Hillary's emails and not go after thier own party. Certainly proves my point about conservatives never blaming thier own no matter what they do.

For Democrats it makes more sense to talk about the emails cause they give lip service to transparency till the GOP get mad. Obama said he would close Guantanamo, conservatives threw fit, thus it's still not closed. Media avoids talking about anything involving the Iraq War that could get the GOP in any real trouble. Democrats are basically cowards who can only talk in a safe environment where everyone is friendly and no traitors are involved. thus all the GOP has to do is throw a fit and they run. A typical democrat, especially in the media, runs at the first sign - real or imagined - of trouble. 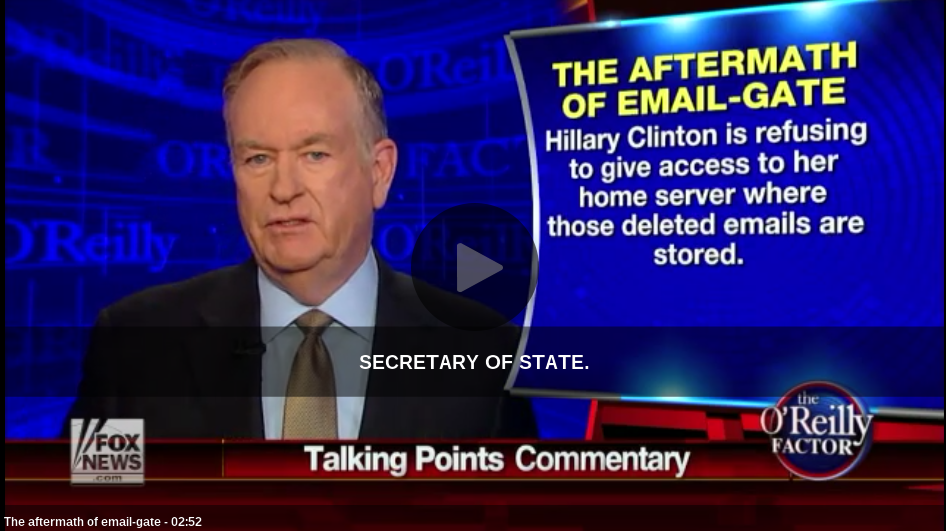 If 13 Benghazis hadn't happened on Bush-Cheney's watch, making this "Benghazi investigation" hypocritical at best... and Colin Powell didn't use personal emails while Secretary of State AND Jeb Bush didn't have his own server and didn't comply with Florida law for years (an actual law that existed before he BECAME GOVERNOR)... then there might be some kind of scandal. For that we need indictments and then email servers can be subpoenaed. Or something like that. At this point the media hasn't even covered basic stories, so this uproar over Hillary's email is just a neo-con ploy.


Slate: The Real Scandal Behind Hillary Clinton’s Email - We are losing a generation of historical records because the National Archives has failed to do its job.

Well, I'm not a Democrat but anti-treason. My reaction was to smash conservatives on thier hypocrisy:


This statement Bill is so angry about is just the truth. Hillary was the last Secretary of State to use a personal email for business. EVERY SINGLE Sec Of State BEFORE HER USED ONE. YOU (A CONSERVATIVE) CAN"T ASK FOR HILLARY'S EMAIL WITHOUT ASKING FOR OTHER PEOPLE"S EMAILS LISTED IN THIS BLOG POST WITHOUT BEING A HYPOCRITE. Though, being good Christians seems to be to do anything you want and then saying Jesus died for our sins so it's all OK. So they killed all Native Americans, ...  1.2 million Iraqis for oil and no one cares cause that's what being a good Christian is. 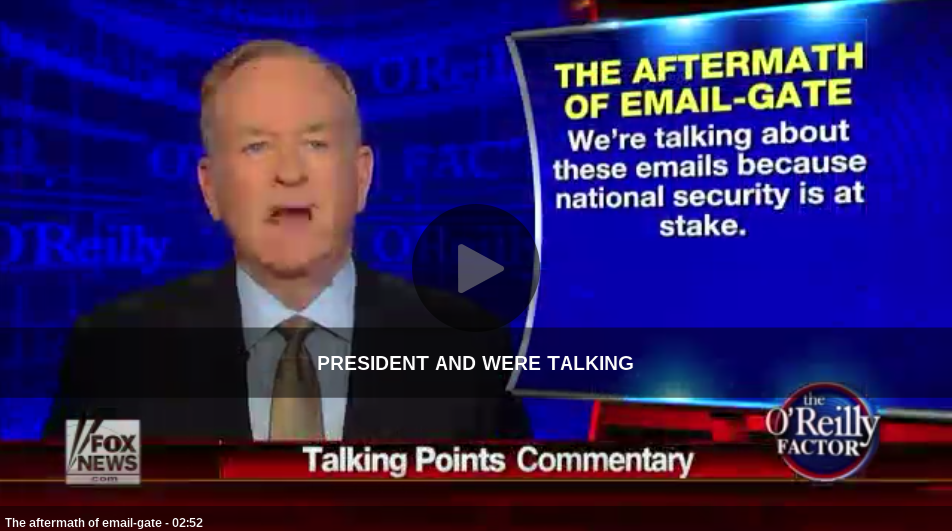 If that was true then you would have to seek Jeb Bush's email server with the same intensity... going back to Florida! That's allot of crap that could come out. Here is a sample;

What do the Clinton and Bush emails have in common?

Both Clinton and Bush used private servers and personal domains, and gave their closest staffers email addresses on their own domains. They both conducted private and public business with their personal emails — Clinton said she didn't turn over her yoga schedules and event planning, and Bush kept emails relating to his political activity private.
Both, it turns out, handled national security issues with their private emails. We haven't seen Clinton's emails yet, but it's safe to assume she addressed such issues and developments via email during her time at State. The Washington Post reported this week that Bush discussed troop deployments to the Middle East and the protection of nuclear plants.
Clinton's and Bush's servers appear to be housed on their own private property at this point. Bush first housed his at the governor's office in Florida, but according to the Post, he "took it with him" when he stepped down. Clinton's has always been housed at her home in Chappaqua, New York. The encryption practices used to secure both servers remain murky; aides for both candidates have said there were security measures in place, but they've declined to elaborate on details.
And the two each had full control over what emails they released to the public. A Bush aide said a number of his staffers and his general counsel's office decided which emails to release; Clinton had a team of attorneys review her trove of emails for relevant correspondence to turn over to the State Department for approval.
Both turned over about the same portion, half, of the total number of emails sent through their private domains to be released to the public. Bush turned over about 280,000 emails to be made public, while Clinton delivered about 30,000.
And both took their time in doing it. A New York Times report out this weekend revealed that it took Bush seven years after leaving office to fully comply with Florida laws requiring he release his emails for public consumption. Clinton didn't hand over any emails to the State Department until they asked for them, nearly two years after she stepped down.

For this point to be valid Bill would have to ask for Colin Powell's servers to check all his emails as he is known to have used a private email for official business. With each sentence Bill's outright hypocrisy becomes more & more apparent. That's just stupid. The GOP's line is: "Look! Hillary didn't follow a lat law by Obummer! Rather than help her fight that dictator, lets pretend we care about Obama's administrations laws and leave out the fact that we never had those transparency laws in the Bush Administration so people think this is a real scandal."

I can't even believe people would take this drivel seriously. Jeb Bush's brother mislead the nation into war. Messed up the 9/11 commission. Never had any transparency laws... and Hillary is in trouble for doing what was NOT required by any of her predecessors & what GOP politicians do all the time... AND what Jeb Bush did in Florida actual defiance of a State law with his emails. To ask such a question indicates someone doesn't have the facts or they lack the ability to think clearly... or they are just lying.

Both sides seem to have already made up their minds, for the most part, given available information in the media. The left can see the conservative hypocrisy in this whole email outcry while conservatives don't even need a statement to make sense for them to wanna fight the "evil Liberal nazis" (though, ironically, Nazis were both Christians and White Supremacists... sound familiar?) 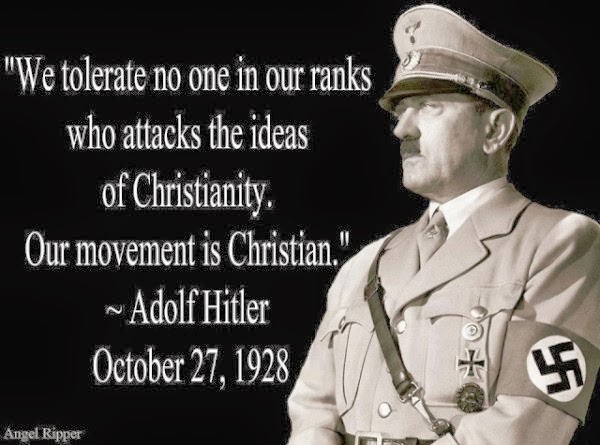 Well, this will be the right's mantra as per thier political strategy expressed in this simple image: 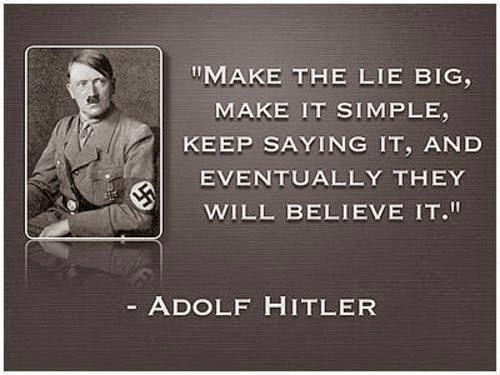 Liar. Jeb Bush is getting the soft treatment. I haven't even begun investigating him (and neither has the media) and already look at a small sample of what I've found;

What are you talking about? Do you even watch your channel? Here's a sample;

If the media covers everything the GOP has done a good number of them will be in prison, at the very least. How easy or difficult the road to the white house is for Hillary Clinton will depend entirely on how much truth the media reveals. The more truth it reveals the more the GOP will hurt till it finally breaks and we will be rid of them once and for all.


I Smash The #1 Show On Cable News (Bill O Reilly)