This post uses three videos to outline just how ridiculous & hypocritical this outcry over emails really is... unless the media is finally waking up and deciding to do investigative reporting for the first time with Hillary so they can warm thier way up to investigating the GOP  for the multiple cases of fraud I've outlined on this blog.


The Clintons: Two decades chased by scandal With Republicans pouncing over revelations about Hillary Clinton's email use, everything old is new again. 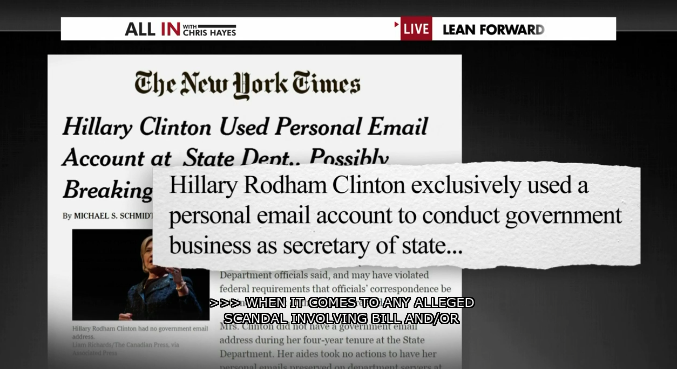 Hillary used her own email account as Secretary of State like Colin Powell, of the Bush Administration, did. 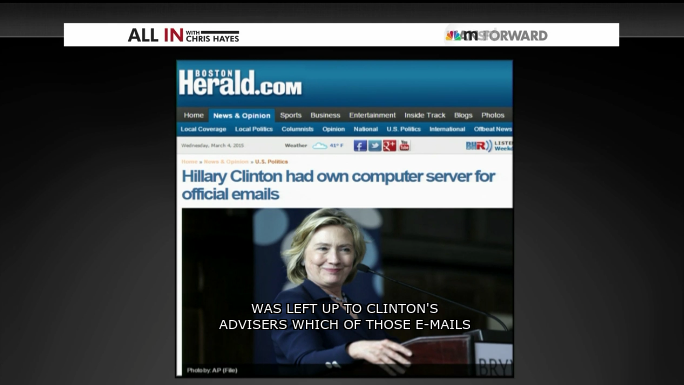 Nice! Keeps the emails secure. With Obama putting people from the Bush Administration on his team when he started, even I wouldn't have trusted him with my security. Clinton is playing it smart. Keeping on eye on her stuff so the GOP in the administration don't pull of any shenanigans. 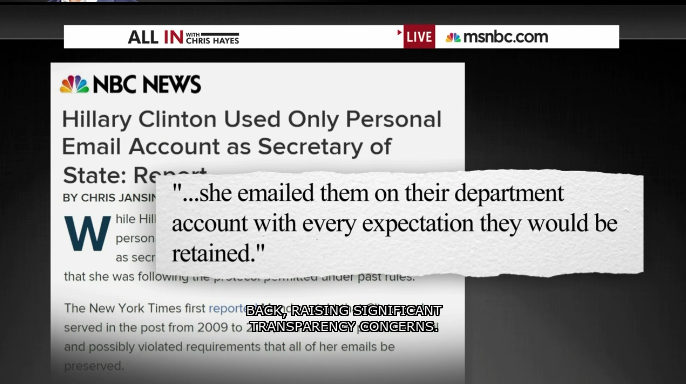 When you email other people or other organizations, they tend to keep those emails. So they are rarely lost. A person in Government tends to know this and act accordingly. Well, GOPers are the exception. 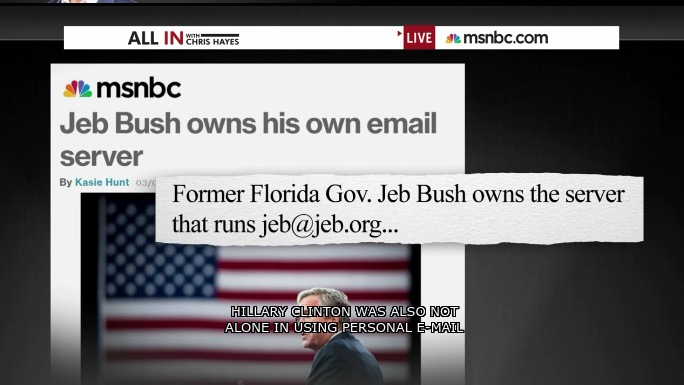 Jeb Bush used his own servers. No big deal. 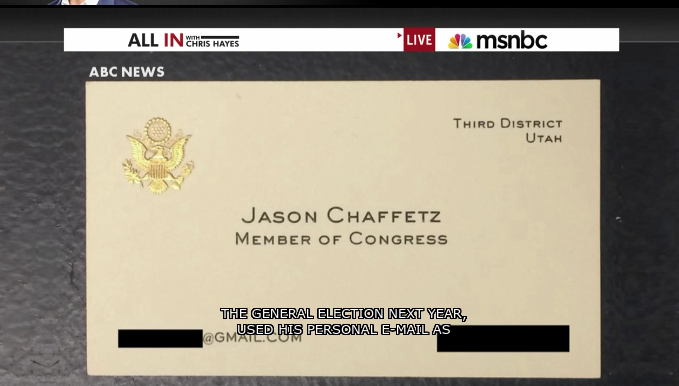 Yet another GOPer used his own private gmail account on google to conduct official Congress business. 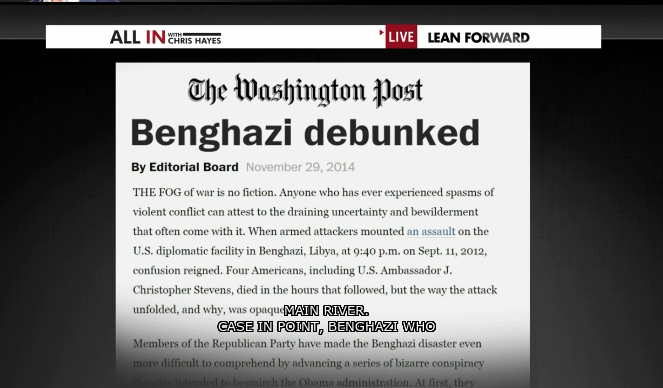 Benghazi has been debunked many times but the GOP have nothing else to go on so they are using Hitler's strategy to try and gain some traction for the 2016 elections. The media does have other things to go on, but that is another story altogether. Apparently, when it comes to emails verses misleading us into a war with thousands of deaths... it's the emails that take precedence. I can think of other examples as well. I'm being austere in me presentation of evidence and I still have so much! 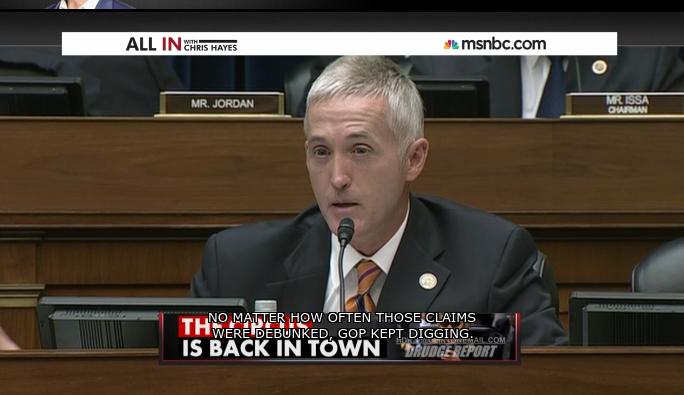 When you are sitting on a real scandal then pushing fake scandals is all one has so they don't end up in jail.

Now, I found this interesting; 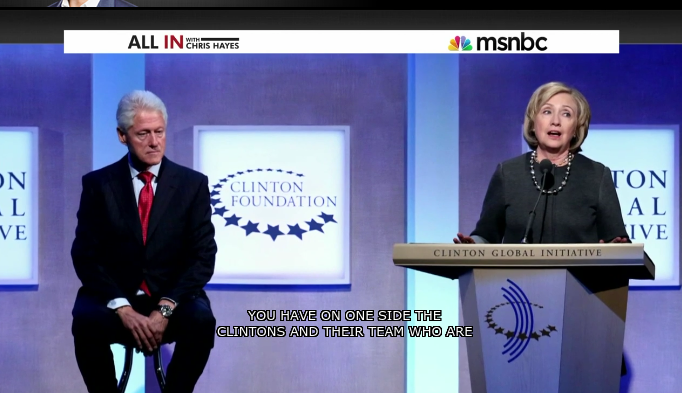 You have on one side the Clintons and thier team who are... 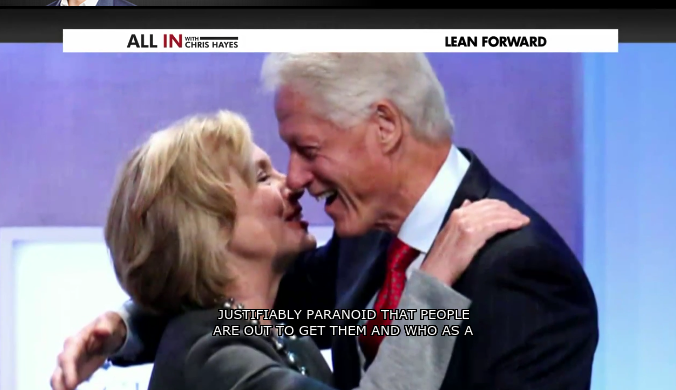 Justifiably paranoid that people are out to get then and who as a... 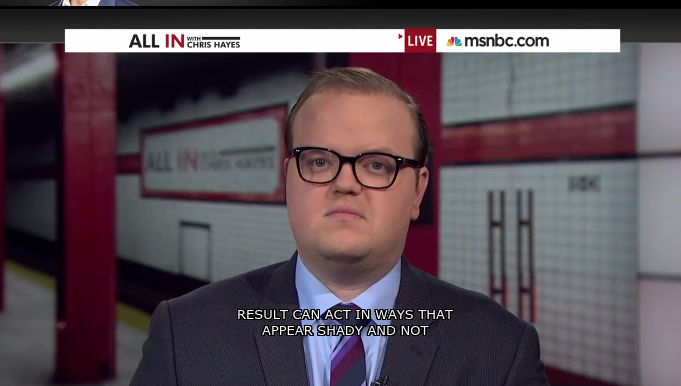 result can act in ways that appear shady.

This reminds me of the lives of Leia & Han Solo in the Star Wars books. You see, after "The Return Of The Jedi" the story continues on in the books and Leia and Han get married, have kids and have many more adventures where thier kids get in danger and they get in danger etc. Thier lives becomes one of political war where they are trying thier best to protect thier family and create some privacy for themselves while they try and keep the New Republic together. Hillary and Bill seem to reflect that very same theme of struggle in thier lives to;

The Princess & the Scoundrel

The Hillary Emails - Hillary Clinton comes under fire in a New York Times article which says she used a personal email to conduct State Department business during her tenure as Secretary of State. MSNBC analysts David Axelrod and Michael Steele discuss. 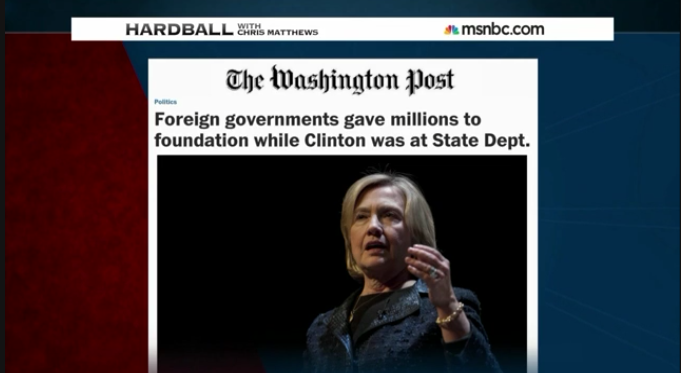 Bill Clinton was a two term President, he can easily pull in the cash himself... to assume it was Hillary is silly. I'm guessing the GOP is probably just angry that the Democrats have candidates who help the world with active involvement and hard work (Both retired presidents, Jimmy Carter &Bill Clinton) while the GOP has candidates that end up becoming painters like Hitler did (strange but true). 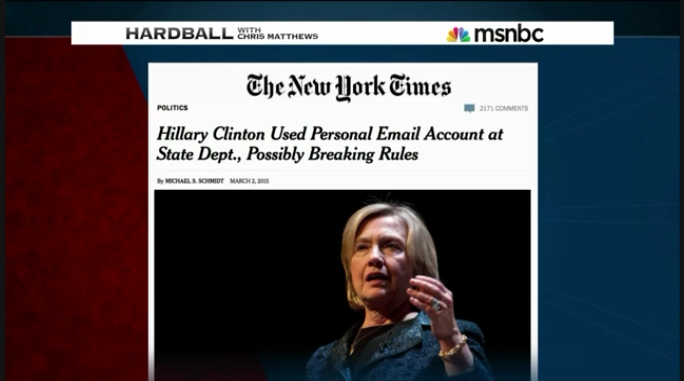 Starts off saying "possibly breaking rules" cause it was probably like one irrelevant rule hidden in a ton of rules. You know, the thing Stossel is always complaining about? i.e. 'all the rules are too much they are killing America!' 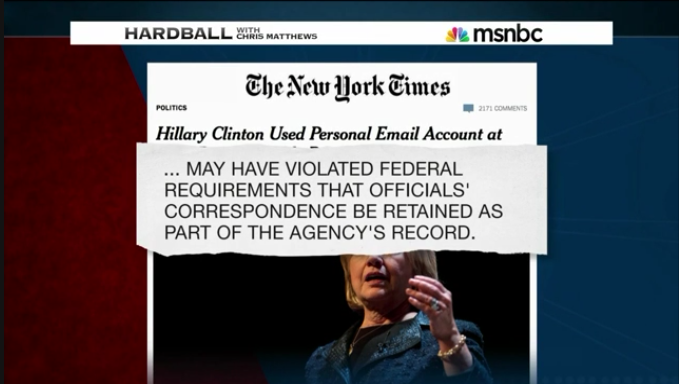 Once again "may have violated" probably because they havn't finished going through the books of rules as yet. Or as John Stossel might call it, "Regulation Strangulation" 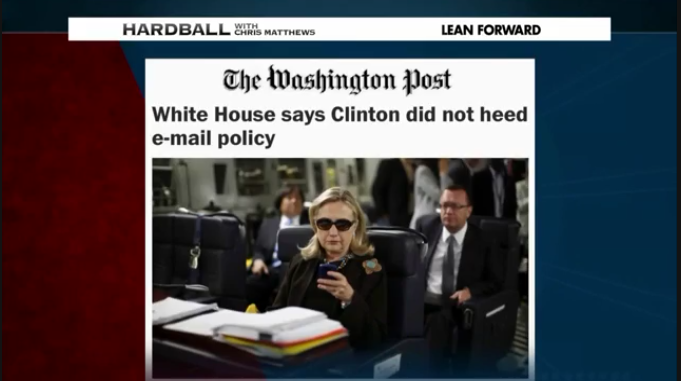 This sounds like something that should make the GOP happy. Hillary Clinton didn't bow to every rule of the Obama Administration, i.e. the administration and person the republicans hate so much. Given how bad the establishment GOP candidate is (the guy who has all the money & donors), all Republicans should be running to Hillary as thier savior. 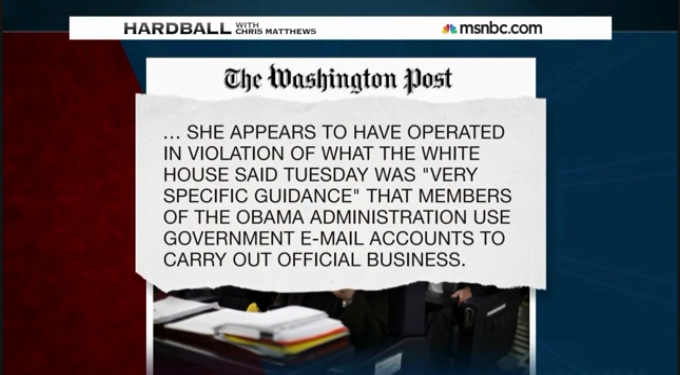 I guess the fight during the Democratic primaries of 2008 was so fierce that she just refused to listen to irrelevant rules by Obama (we know Colin Powell used his own email so maybe Obama is just being overly cautious... or worse, dictatorial by commanding all his staff to listen to him). Hillary didn't bow to him, like she didn't bow to him in the Democratic primaries;


Tensions Flare Between Obama and Clinton at SC Debate 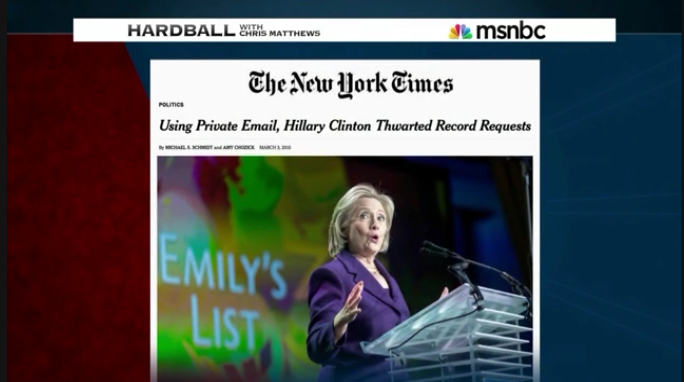 Hmmm... is the New York Times saying that Colin Powell used his private email to keep his emails secret? Well, in that case I not only support releasing all of Hillary's emails, I support releasing all of Colin Powells emails. Why? Cause I know Hillary is innocent of any real crime while Colin Powell is certainly guilty of many crimes. So I think it's a great idea to use this opportunity of Hillary's emails outcry by the right to go after Colin Powell's emails as it would be only fair. 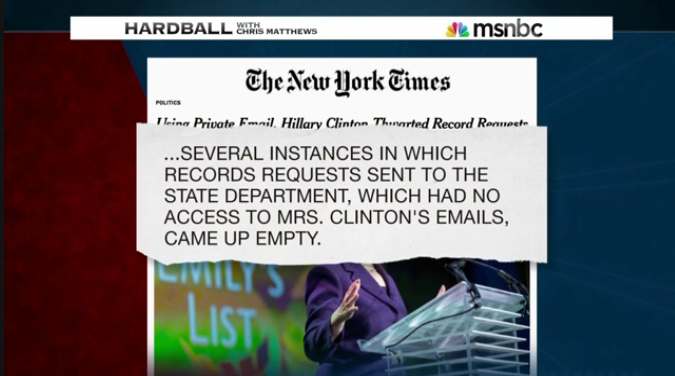 Yes. If you send a request to a department that doesn't have the information you seek... you obviously won't get anything back. Nice catch. 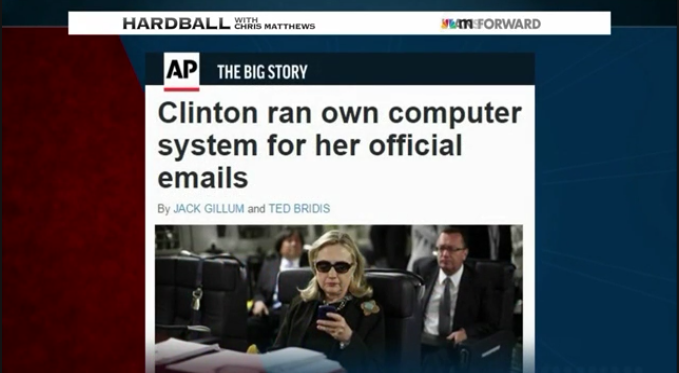 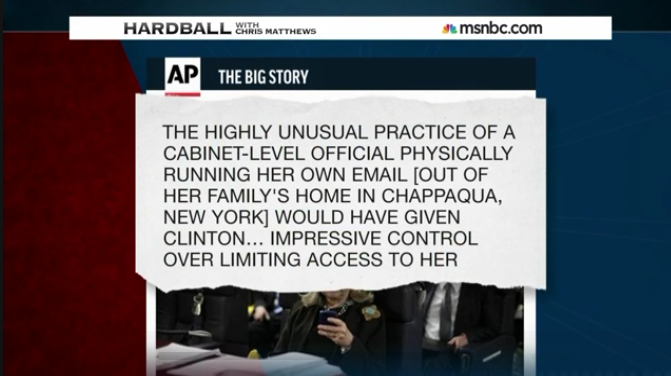 It's not that unusual, she was just following Colin Powell's example. Also, note the other examples of the GOP doing the same thing, above. 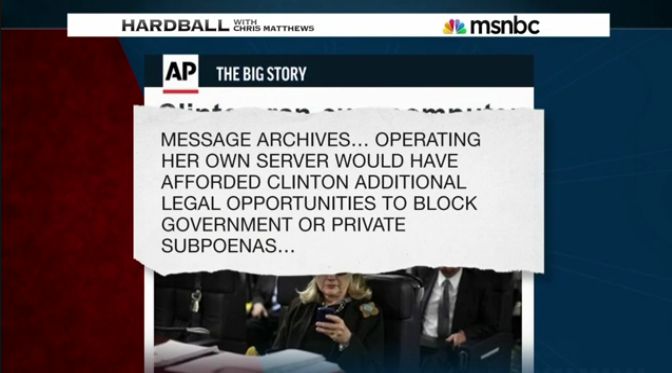 Woulda, coulda, shoulda... when the GOP talks like this I know the GOP did that and they are blaming the Democrats. The fact that the media still hasn't ever had an uproar over Colin Powell's secret emails all these years is proof of this. If the media gets all of Hillary's emails and they don't go after Colin Powell with the same ferocity it will just prove that there is no Liberal media only GOP media with some liberals tolerated within it. There is no crime until you have proof of one. See links below for a better understanding of how much hypocrisy this debate is really revealing.
--------------------

Lastly, you get to see Lawrence O Donnell make a big deal about something that hasn't even played out yet. i.e. story broke, Hillary start revealing emails, people want more emails so she will release more. Since the media hasn't covered the Iraq War and I have tons of proof of that, the question becomes... why isn't Lawrence O Donnell insisting that Colin Powell release his emails? His emails have been hidden far longer that Hillarys. Or do reporters only investigate the Democrats and not the GOP? You decide;

Breaking News: Hillary Clinton: ‘I want the public to see my email’