GOP 2016 Candidates 2 - Scott Walker: Some Of The Worst Economic Caretakers In The Country Fight For The GOP Nomination


Scott Walker is clearly one of the worst economic caretakers in the country who lied before about what his fake economics could do and is lying again. 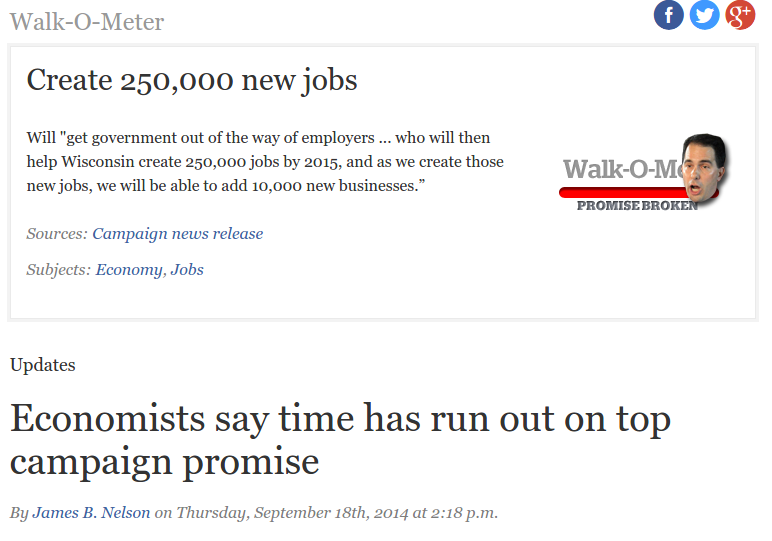 In Wisconsin’s pivotal race for governor, both sides are still spinning voters.
Walker’s Jobs Record
Walker’s hopes for remaining on the national stage are riding on a lead in the polls so narrow that it’s within the statistical margin of error, and the race is rated as a toss-up. In Septemberwe found that both sides were playing “spin the voter” over Walker’s record on job creation, and that hasn’t changed in the final flurry of ads before Election Day.
In a TV spot released Oct. 22, and titled “Continuing Wisconsin’s Comeback,” Walker cobbles together some cherry-picked statistics to embellish his economic record.

The fact is that over Walker’s full term in office, which beganJan. 3, 2011, the state’s job gains have been well below the national average, and rank (in percentage terms) only ninth among all 12 Midwestern states.
Our calculations are based on seasonally adjusted figures for total nonfarm employment from the Bureau of Labor Statistics’ Current Employment Survey, which is the most timely and most commonly used measure of employment at the state and national levels. It is also the source cited by Walker’s ad to support his “top four” claim. 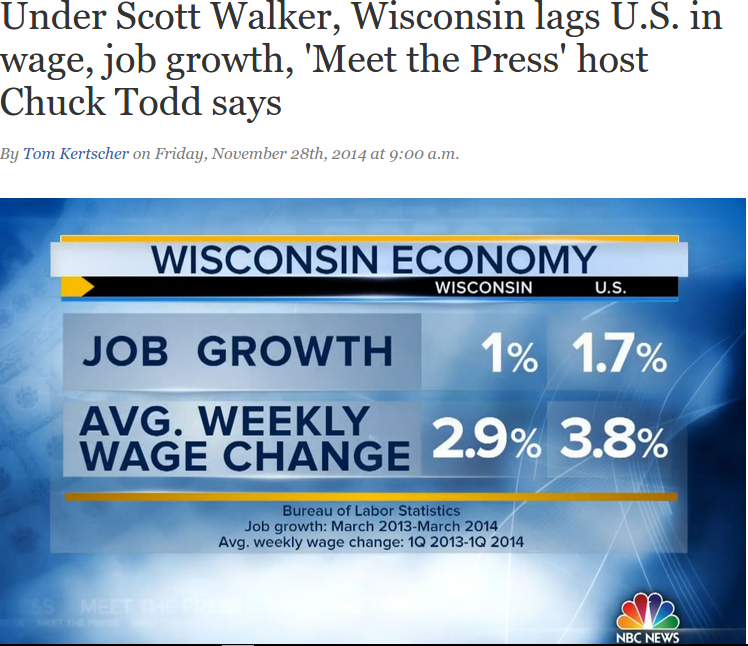