America & Israel Really Are The Closest Of Allies! Apparently, It's The Religious & Genocidal Ties That Bind!

Netanyahu kept saying it wanted a 'two state solution' for the brown people he's oppressing but in actions he ALWAYS did the opposite. Now he finally said the truth. As Jon Stewart put it, this was Netanyahu's Mitt Romney moment, i.e. when Mitt Romney got caught telling the truth about what he believes and then tried to walk it back. This post is more concerned with the unabashed pride in supporting Israel which was baffling to me till I realized that Israel & America are essentially the same. Then everything fell into place.

Here is the synopsis;

Netanyahu takes a hard political right Polls in Israel are closed as PM Netanyahu fights for his political life. He faces major challenges from the center-left, forcing him to appeal to the far-right by coming out against a Palestinian State. EJ Dionne and Ed Rendell have the latest.


Now notice Huckabee's unabashed support of Netanyahu (well, he's from a party where lying is thier primary strategy so it kinda makes sense), however, soon - in the elections - you'll have the liberals competing to see who can kiss the Genocidal Israeli's asses the most (they could just tell the truth but they think it's easier to play political games with people with no scruples).


He’s Mike Huckabee and he approves a suspect message
Former Arkansas governor and potential 2016 presidential candidate Mike Huckabee is shouting his support for Israel from the rooftops.

Huckabee, who is on a 10-day trip to the country to visit historic sites and to meet with Israeli officials, took to Medium, the online publishing platform, on Monday to criticize President Obama for spending “more time berating Israel for building bedrooms for its families than he has spent bothering Iran for building nuclear bombs.”

So far during his trip, the former governor has applauded Israeli Prime Minister Benjamin Netanyahu’s upcoming and controversial plan to address the U.S. Congress and said he opposes American negotiations with Iran over its nuclear program.

Notice that Huckabee is supporting, with passion, a movement for Israel to take over occupied territories in defiance of international law i.e. invading, occupying and taking over land is generally frowned upon... even by America if it's not their pal Israel doing it.

Why oppose a possible peace settlement? Because war & genocide is the Jewish & Christian thing to do. Somethings really are what they appear to be. Lets take a look at the scripture these two "faiths" share in common:


Hosea 13:16 (King James) "Samaria will bear her guilt because she has rebelled against her God.
They will fall by the sword; their little ones will be dashed to pieces, and their pregnant women ripped open."

Kill Followers of Other Religions.
1) If your own full brother, or your son or daughter, or your beloved wife, or you intimate friend, entices you secretly to serve other gods, whom you and your fathers have not known, gods of any other nations, near at hand or far away, from one end of the earth to the other: do not yield to him or listen to him, nor look with pity upon him, to spare or shield him, but kill him.  Your hand shall be the first raised to slay him; the rest of the people shall join in with you.  You shall stone him to death, because he sought to lead you astray from the Lord, your God, who brought you out of the land of Egypt, that place of slavery.  And all Israel, hearing of this, shall fear and never do such evil as this in your midst.  (Deuteronomy 13:7-12 NAB)

2) Suppose a man or woman among you, in one of your towns that the LORD your God is giving you, has done evil in the sight of the LORD your God and has violated the covenant by serving other gods or by worshiping the sun, the moon, or any of the forces of heaven, which I have strictly forbidden.  When you hear about it, investigate the matter thoroughly. If it is true that this detestable thing has been done in Israel, then that man or woman must be taken to the gates of the town and stoned to death.  (Deuteronomy 17:2-5 NLT)

(Deuteronomy 17:12 NLT)    Anyone arrogant enough to reject the verdict of the judge or of the priest who represents the LORD your God must be put to death.  Such evil must be purged from Israel.

Thus the separation of Church & State in the constitution. The Founding Fathers must have read the Bible. 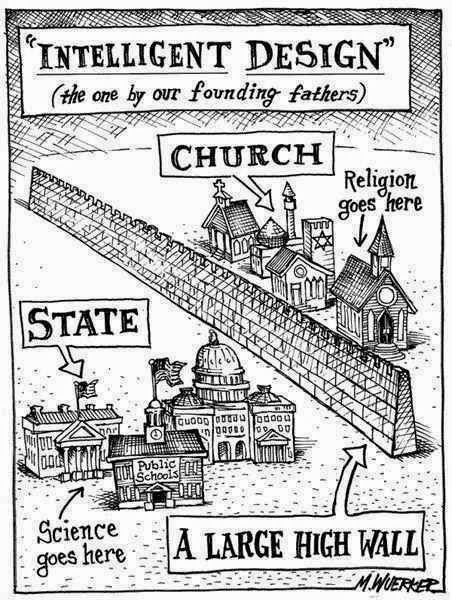 This isn't just a right, Christian, thing but a left thing as well. So a little background is appropriate here;

Although I see both the Christian & Muslim faiths as "barbaric", I have stated (on twitter) that I think Christianity is more barbaric than Islam based on it's genocidal tendencies. An ancient example of this would be the Native Americans and a more recent example would be the mass murder in Iraq for oil (which people seem to have forgotten about as it was just brown people killed). The Iraq Oil War seems to be destined to be acknowledged by historians just not modern media (media is pretty much owned by the GOP, it would be like shooting oneself in the foot -multiple times - to tell the truth about the GOP on TV in large numbers).

Another thing that comes to mind is that Christianity & the Muslims are so alike (in the case of Muslims it's actually in defiance of Quranic Law, not so much for Christians). It's probably why the Muslims & Christian hate each other so much... cause they are so alike.

This post acknowledges that White Christian America really does have a serious partnership with Israel and without seeming presumptuous I would like to submit for your consideration that this practically spiritual affinity between America & Israel has to do with the, conscious or unconscious, euphoria White Christian America feels at Israel's Apartheid and defiance of international law for a slow and sweet extermination of a non-white race. It's like it's the birth of America all over again. Even the rhetoric is the same. America declared "manifest destiny" because they killed everyone so the land was "empty" and Israel is citing an ancient text from brown ancestors who no longer seem to exist. Just these white people from Europe (probably from a race that adopted Judaism as a neutral party between Muslims & Christians, a remainder of the Nazi Christian Holocaust (which America also didn't help with but they were probably focusing on the anti-Semitic stuff in Christianity at the time, you know, the Jews killed Jesus so though America felt bad about the Holocaust they did nothing till they themselves were attacked - a large segment of the population probably even enjoyed it i.e. the Christian Southerners who were then Democrats).

Nowadays, the Southern based Republican party (same people geographically though different party name) has been pushing for attacked colored people for so long that it took no time for the anti-Muslim rhetoric to work. All they needed was a catalyst. After 40 years of Southern Strategy America is probably just as racist as it was in the 1970's and 1960's in pockets of it's population. Lynchings occur today as it did before in Southern lands. Just like the random murders of non-white Palestinians the Israeli army has become like our army at doing.

You have to admit. America and Israel really are the most intimate of allies in a bond that is bound by more than just ideology and religious scripture but also a certain joy, conscious or unconscious, or exterminating non-whites... for they know, at heart, that the white race is the Supreme Race.

Why there is so much support for Israel or even the GOP after thier genocide in Iraq and Afghanistan is simple. It's part of thier cultural beliefs. It's what they believe, It's what they know. It's who they are.

What Israel is doing to the Palestinians is the same thing "we" did to the Native Americas. It's who we, As Americans, really truly are... savages (noble savages if you want to be nice); 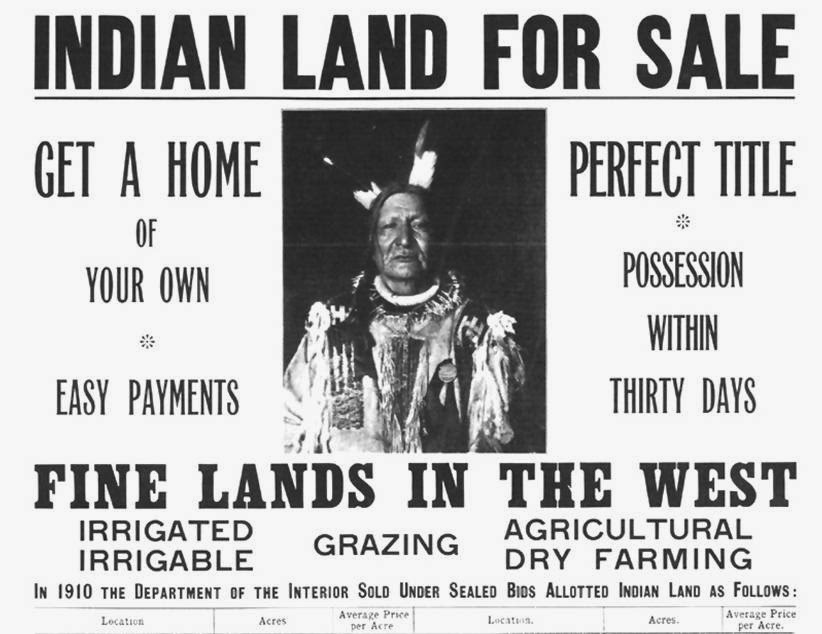 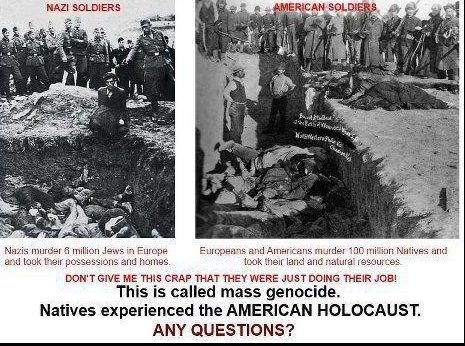 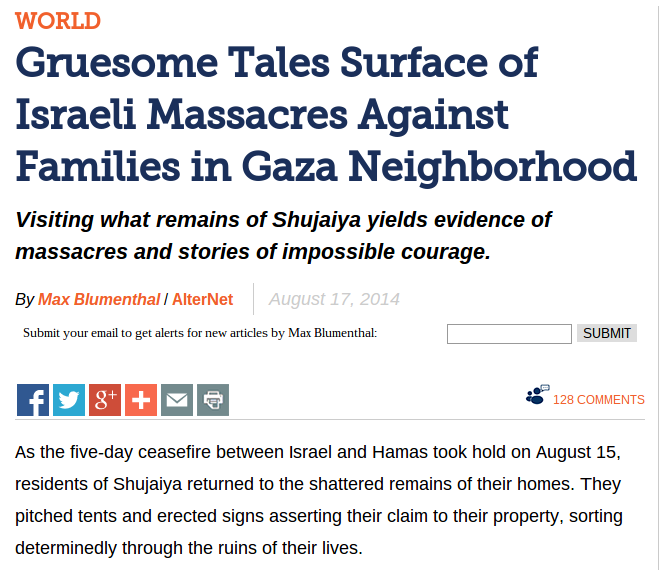 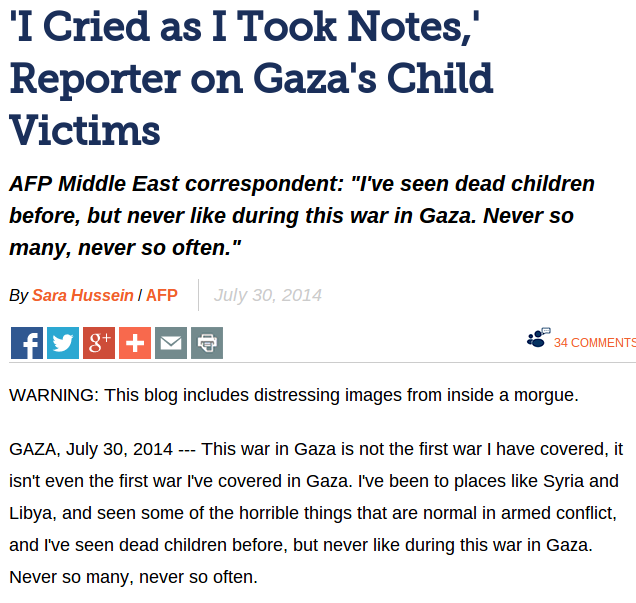