Could American psychology have a major Native American influence?

In the early part of the last century there was a boy named William James Sidis who became known as a child prodigy. He entered Harvard at age 11 (as they wouldn't let him in when he was ready - at age 9) and everyone expected him to do big things. And he did. In the world of ideas. He was the first to predict the existence of black holes and wrote many books on many different topics.

How could Native American perspectives influence the early American pioneers?

The pioneers, or the people who moved west, always contained individuals who kept to themselves and made friends with the natives. They traded and made friends with many different tribes. Besides goods such as furs that these individuals would get from the natives, they also learnt their ways. These types of people are represented in the western novels written by Louis La'more.

The immigrants who came to settle and farm the land hated the natives. For territorial as well as cultural reasons. However, they respected the mountain men. Since all the immigrants were new to this strange and untamed land they had to develop new ways of living to deal with this. Ways that were different from their original land. They copied the very self assured and well established mountain men and traders.

In fact, the cowboy gunslinger is the western version of a native american warrior. Both are calm upto the very moment of battle. When they stike it’s sudden and decisive. Both have a code of honor. The perfect example for this kind of man, which is honored in American society (and rightly so) can be seen in the Louis La'more books.

Here are some quotes by Native Americans that exemplify their steadfast perspective on individuality, freedom and equality - concepts as much a part of America and it's founding fathers, as it once was a part of the Natives who lived there. Notice the continuity in perspectives from Native Americans to modern Americans (the other side of the American mind set is inherited from the Old World and is beyond the scope of this post).

All birds, even those of the same species, are not alike, and it is the same with animals and with human beings. The reason Wakan Tanka does not make two birds, or animals, or human beings exactly alike is because each is placed here by WakanTanka to be an independent individuality and to rely upon itself. - Shooter Teton Sioux

If the white man wants to live in peace with the Indian, he can live in peace.....Treat all men alike. Give them all the same law. Give them all an even chance to live and grow. All men were made by the same Great Spirit Chief. They are all brothers. The Earth is the mother of all people, and all people should have equal rights upon it.......Let me be a free man, free to travel, free to stop, free to work, free to trade....where I choose my own teachers, free to follow the religion of my fathers, free to think and talk and act for myself, and I will obey every law, or submit to the penalty. - Chief Joseph, Nez Perce

I do not think the measure of a civilization is how tall its buildings of concrete are,
But rather how well its people have learned to relate to their environment and fellow man. - Sun Bear of the Chippewa Tribe

All birds, even those of the same species, are not alike, and it is the same with animals and with human beings. The reason Wakan Tanka does not make two birds, or animals, or human beings exactly alike is because each is placed here by WakanTanka to be an independent individuality and to rely upon itself. - Shooter Teton Sioux

When a child my mother taught me the legends of our people; taught me of the sun and sky, the moon and stars, the clouds and storms. She also taught me to kneel and pray to Usen for strength, health, wisdom, and protection. We never prayed against any person, but if we had aught against any individual we ourselves took vengeance. We were taught that Usen does not care for the petty quarrels of men. - Geronimo [Goyathlay], Chiracahua Apache

Out of the Indian approach to life there came a great freedom, an intense and absorbing respect for life, enriching faith in a Supreme Power, and principles of truth, honesty, generosity, equity, and brotherhood as a guide to mundane relations. - Luther Standing Bear, Oglala Sioux Chief

If you see no reason for giving thanks, the fault lies in yourself. - Minquass

Sharing and giving are the ways of God. – Sauk

Man's law changes with his understanding of man. Only the laws of the spirit remain always the same. - Crow

Man has responsibility, not power. - Tuscarora

Do not judge your neighbor until you walk two moons in his moccasins. - Cheyenne

Force, no matter how concealed, begets resistance. - Lakota
Posted by Abe at 3:17 PM No comments:

What's the difference between me and you?

Added to my collection which consists of this post, this one and this one.
Posted by Abe at 6:55 PM No comments:

Email ThisBlogThis!Share to TwitterShare to FacebookShare to Pinterest
Labels: ...

The few Native Americans who traveled to England in the early days of colonization were horrified by the English sense of gardening. They came from a lifetime of living in nature... 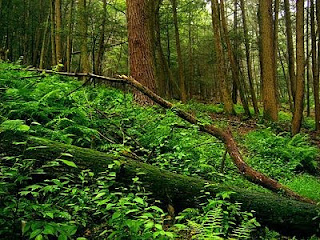 Then they saw something along the lines of this... 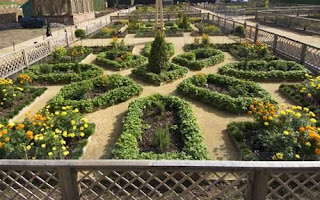 You can understand how it could be mind boggling to a person from a primitive culture to see garden art in a culture so far away from their own cultural perception. Such differences often lead to demonization in environments that are highly emotionally charged.
Posted by Abe at 4:18 PM No comments: